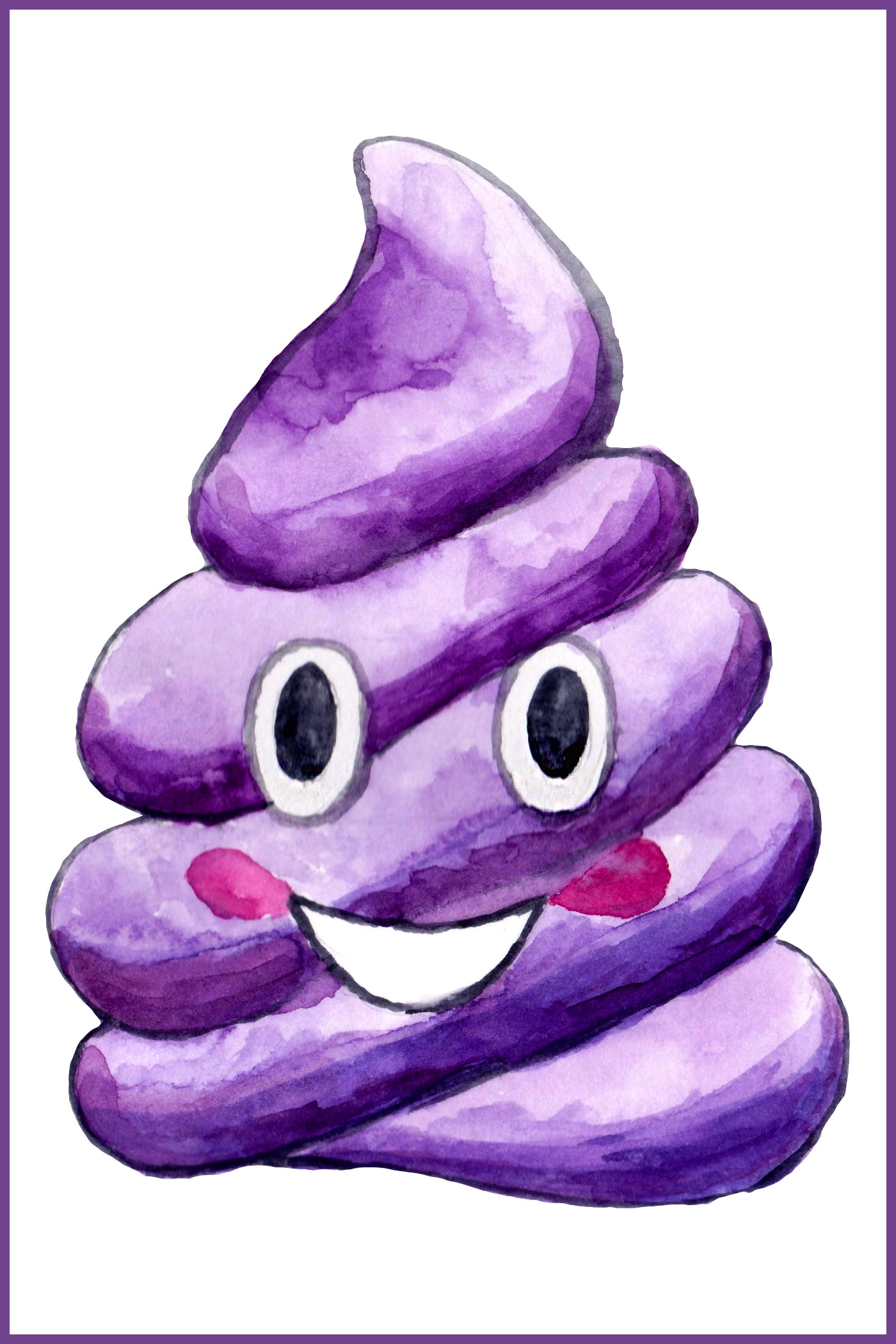 I’m a relatively laid back person without too many preconceived judgments. (At least that’s how I think of myself – who knows what light others see me in.) However, as humans, we all judge – in most cases we aren’t even aware it’s happening. Two human actions get me fired up: Leaving your shopping basket on the self-checkout kiosk at the grocery store and not picking up your dog’s #2. When I witness these two non-actions, I judge. In fact, they bother me more than it should – it’s the sort of heat rising from inside kind of bother. I consider both rude and inconsiderate, and in many ways, it tells me all I need to know about the person.

Let’s discuss my two pet peeves (which lead me to judge another human) at greater length. I’ll begin with the shopping basket. When one, without thought, leaves their basket behind, the next shopper must move it to place their basket down. Furthermore, it shows you believe someone working in the store should move it for you. Again, that tells me all I need to know about you.

I’ve discussed my shopping basket judgment with several friends and even strangers on the Internet. I’m always shocked when someone retorts that a worker at the store should move the basket. “It’s their job,” I’ve heard more times than I’m comfortable with. Supermarkets are busy, most self-check kiosks aren’t manned by several employees. Even when there is an attendant present, there is often chaos in; machines constantly beep and malfunction, products don’t scan correctly, and then you have the shoppers who don’t know what they are doing.

I’m always perplexed why certain shoppers choose self-checkout when they have no clue how to use the machines. On top of babysitting (machines and humans), there is scant time for an employee to make the rounds and collect baskets. After all, we pick up the baskets when as we enter the store, thus it makes sense to see that it’s returned to its proper place. Leaving a shopping basket for the next customer to deal with is the epitome of self-centeredness peppered with a healthy dose of ego. Usually, leftover baskets are easily stored approximately six steps from the self-check kiosks. You don’t have to lug it to the front of the store – there is basket storage next to the attendant’s podium.

Let’s move on to dog poop, shall we? I will say, on the whole, dog owners today are better about picking up after their four-legged family members. They are possibly more aware of their surroundings compared to when I was a child. However, there are still a few canine loving humans that didn’t get the memo concerning scooping the poop. I recently returned a lost neighborhood dog to her home. It was raining, and I’d coaxed the dog for over an hour to let me help her, but that’s another story. As I lead the dog through her family’s yard, it was a landmine of mushy poop. It’s November, and soft turds are hidden everywhere – under pine needles, hiding beneath leaves in various shades of brown – it was a mind game knowing where to step. On the drive home, I thought of several neighbors who don’t pick up after their dogs. Why would a dog owner want poop in their yard?

With the arrival of warmer months, I often take my Westie to visit neighbors – at least those I like. We see them in their yards, exchange waives, and off we go. Sally, the Westie, is friendly and wants to see and be seen – being she’s an overly zealous terrier, it’s not always reciprocated. My next door neighbor has the tidiest yard and most polished interiors. Everything concerning their home, outside and inside, is immaculate. Yet, a few months ago, I was more than surprised as I crossed their perfectly manicured green lawn. It was an awkward lawn tango as I sidestepped oversized tootsie rolls until I reached their side porch. As we talked and I asked about their dog, I noticed more tootsie rolls – some had shoe imprints, and others were merely waiting to dissolve into the ether. They traipse feces into their home – grody. Do they know? Do they care? Here’s the thing: feces contains bacteria and various types of worms. Some dogs also eat their own stools. It’s lazy to let your dog’s number two ferment in the yard.

I’d like to think Westie owners pick up after their dogs.

I’m far from perfect when it comes to caring for my Westie. During snow storms or subzero temperatures in the morning, she does her business, and I let the freezing air take care of it – at least for a few hours. Later in the day, I’ll collect her stools. Sometimes it’s easier to pick up frozen #2.

Also, there are times I take Sally on an impromptu walk and forget a bag. I try always to remember where it was, but sometimes life happens, and I’m not able to return to pick it up. All dog owners have incidents happen beyond their control – none of us are perfect. Who hasn’t popped outside for a quick potty break only to realize you have no bag on you or are out of them? We all have. And when your Westie is sick with a raging case of diarrhea, picking up the mess is the last thing on your mind. Believe me, I’ve had many such incidents. My gripe is daily offenders or those who don’t mind if their lawn is a turd landmine. (I feel sorry for UPS and mail delivery having to walk through such yards.) 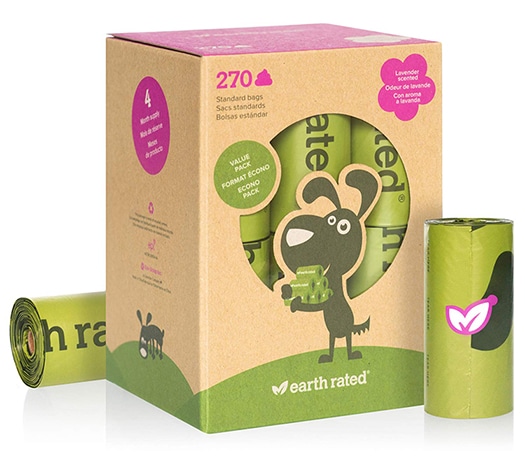 The other canine poop offender is the walker. Power walking, slow walking, or jogging, they like to get outside and exercise with their dog. I admire their daily, or multiple times a day, outings. I wish my Westie wanted to take a proper walk or jog, perhaps she will in time. (Her daily fitness of choice is ‘kickball’ at a nearby tennis court.) Some walkers are hyper-sensitive in picking up their dog’s waste. They are my favorite. I’ve thanked multiple walkers for picking after their dog takes a bathroom break on my lawn. I even clapped once. I view walkers who scoop the poop as aware, courteous, and hygienic.

And then there is the category of walkers I dread: zero interest in scooping poop. These walkers usually never carry bags – they probably don’t even own them. (Maybe they think it’s below them to scoop? Perhaps they believe their dog lays golden nuggets and it’s a gift to everyone?) I know these walkers well. They stop by the edge of a yard or empty lot and look around – quick over the shoulder glances wondering if anyone is watching. Yes, walker, I am often watching. As their dog takes a bathroom break, they hope to G*d no one sees them – they hope this because they never planned on picking it up. When I’m out in the wild and encounter this type of walker, they are reluctant to talk or greet other dog owners. They know what they are doing is wrong, but they still stand their ground with no bag. (Perhaps they think someone else should pick up for them? Similar to

Last week during a game of kickball at a nearby tennis court, my Westie and I  noticed a “walker” nearby with her dog. As both Westie and I are social, we said hello in both languages –  English and Doglish. Sally and I shouted greetings through the chain link fence. Wouldn’t you know it, the walker was reluctant to talk as her canine took a bathroom break. She mumbled something. The Clark Griswold came out in me, I leaned in, cupping my ear, and told her I couldn’t hear – complete with Griswold smile. “Is your dog still in the puppy stages?” “How old is she?” I peppered the walker with a few questions. My neighborhood is small and tight-knit; dog owners usually speak or waive to each other. (Even when I’m out in my pj’s for early morning duty, I give a tired wave.) This dog owner wanted nothing to do with us because she had no intention of picking up her dog’s poop. Over my years of dog ownership, I’ve noticed those who don’t scoop the poop in public places avoid interacting with other humans nearby – but they sure do rubberneck to see if anyone is watching them. And yes, they are usually under my surveillance.

Back to the walker near the tennis court: Her sheepishness shifted to light anger. Sometimes body language is easy to read. After the potty break, she clenched her jar, sternly looked ahead, and marched off. No need to cop an attitude – I’m not the one who left real life poop emojis behind. In her wake, she left feces for children, adults, and other animals to step in and unknowingly track into their homes.

Sometimes we forget to take a poop bag on walks, and that’s perfectly understandable. Mistakes happen – especially if you are busy or your canine needs to go out ASAP. Potty training a puppy is always spontaneous. There will be brown left behind, but hopefully, you go back and collect it.

If you don’t pick up your dog’s poop, you need to change your habits. The act of using a back to collect your dog’s stool is not gross. Gross is leaving feces behind that you couldn’t bother to collect.

Once you get in the habit of cleaning up after your dog, it becomes second nature. And if you don’t want to collect number twos, you shouldn’t own a dog.

Yes, I judge people that regularly do not pick up their dog’s poop. For those owners that choose not to, it has even lead me to wonder what their personal bathroom habits are like. Ugh, I know – I went there. When your yard is covered in brown, my mind will wander.

What do poop and shopping baskets have to do with each other? On the surface, they have nothing in common. But dig deeper and they unveil personality traits that are self-centered, inconsiderate, and, all around annoying.  And I hope never to see feces in a shopping basket.

Be a good person, it’s really not that hard. Pick up your dog’s poop and put your shopping basket back where it belongs.