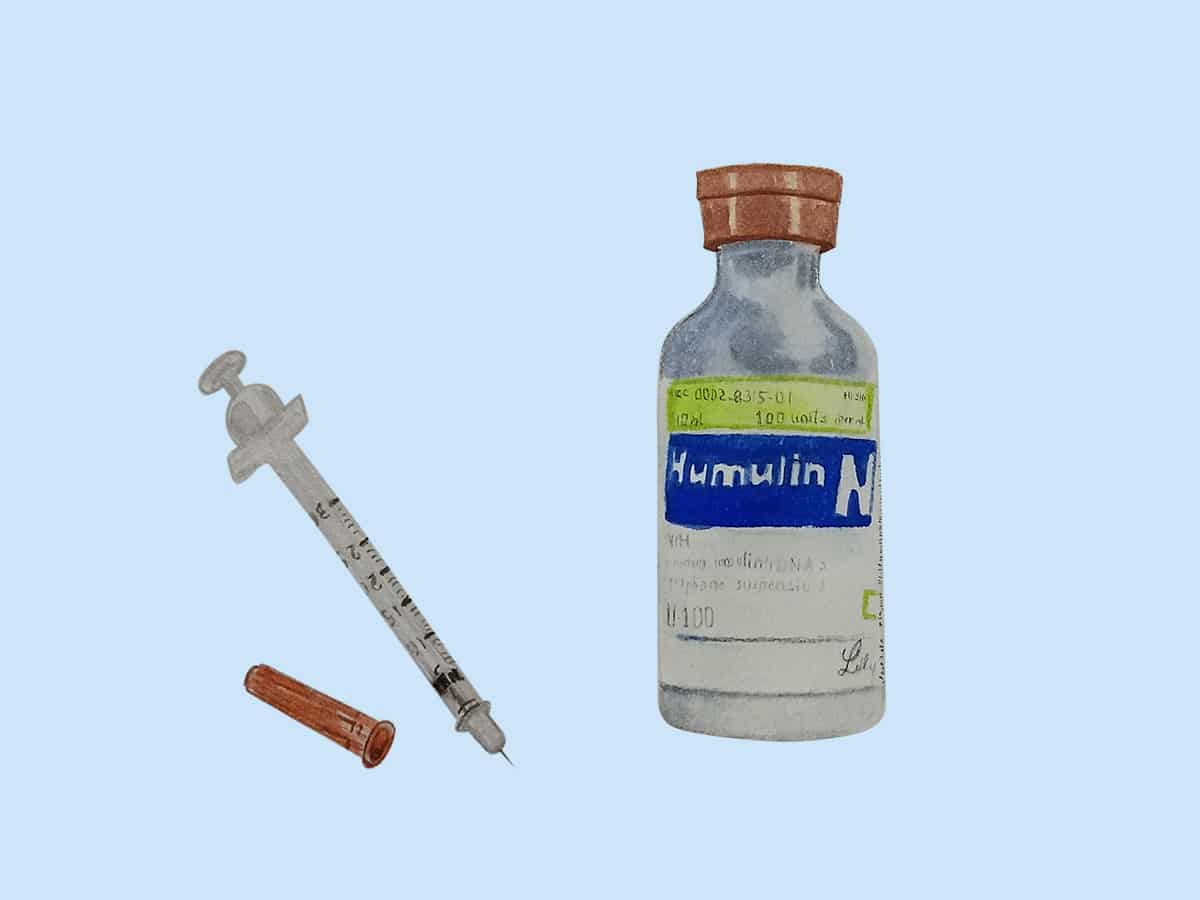 Diabetes is a diagnosis no Westie owner prepares to receive. As you shepherd your Westie(s) through life, very few of us wonder if their terrier will become diabetic. Do many of us wonder about cancer and other diseases? Probably. Over the past few years, I’ve read numerous articles stating that cancer is on the rise with all dogs. I’m sure different diseases crossed or infiltrate your thoughts, but maybe not diabetes. Perhaps today, or recently, you and your Westie left the vets office with a bottle of insulin and instructions on how to give twice-daily injections. You may have landed on this page after Googling “Westie diabetes.” Maybe you are reading by luck and have no idea how you arrived here – and that’s ok. Westie Insider is here to help you through your journey caring for a diabetic Westie. Today we write what is the first of several articles where we discuss diabetes and share ideas and even advice. As always talk to your vet with any questions.

Emotionally, humans react in different ways, and stages, to bad news. The day my Westie was diagnosed with diabetes, I felt numb and scared. It was only a few days later that the tension lifted and I shed tears. The initial days were riddled with anxiety as I’d never given injections before, let alone handled needles. One thing to understand immediately about diabetes is it’s a new way of life. And, after a period of adjustment, twice daily injections become a regular pattern as mundane as brushing your teeth. It may not seem like it now, but living and caring for a diabetic Westie is simply a change of routine. And over time, that new routine becomes a pattern. Just like when you turned into an adult, and after a day working, you go home and prepare dinner. Sometimes we don’t realize it, but our lives are a grid of habits and patterns and caring for your diabetic Westie will fall into a new habit.

Days One and Two

Perhaps you are ace administering needle injections. I was not. I’d never used a needle to inject a human or animal with any substance – let alone insulin. I left the vet’s office with only basic instructions on how and where to inject my Westie. On that day in 2013, as Sophie sat on the exam table, the vet walked me through two practice runs. Just 5 minutes before I’d learned she had diabetes and here I was with a needle in hand injecting her with saline. The test shots did not go well. Pulling her skin up on the back of her neck, my hand shook as I steered the needle into her pretty, pink skin. I lied and told the vet I thought I could do the injections.

My hands continued to shake the entire drive home. I dropped Sophia off and returned to the pharmacy to collect the first bottle of insulin. That evening before Sophia’s dinner, I acclimated myself to the small, glass insulin bottle. I followed the vet’s instructions and rolled it between my hands and to never shake the bottle I remembered – Never. Shake – those directions will remain with me forever. Taking a needle the vet gave me, I filled the syringe with two units of insulin. The needle itself looked long and even slightly jagged.

The first injection was a disaster. I couldn’t bring myself to poke the needle thoroughly until the end of the plunger was flush with her skin, and she had a hard time sitting still. A little insulin went into her system, but most of it landed on my hand. I clearly didn’t have the hang of it. Having cared for Westies since I was ten years old, I’d grown accustomed to the random temperament and health issues. Diabetes was something else entirely. I didn’t know what I was doing.

That evening I practiced injections on her neck with the eraser of a #2 pencil. More on that below, but not only did this practice help me build confidence in the technique and motions, but it helped Sophia get used to someone lifting her skin and poking her. I learned this excellent tip online.

The next day I woke up to a body riddled with nerves. As I filled the syringe with insulin, I decided to power through the cloud of queasiness and anxiety. My job was to care for a diabetic Westie, and I needed to get a grip. I could face the wave of emotions later. As Sophia sat patiently waiting in the kitchen for breakfast, I bent down and softly talked to her. I rubbed my hand down her back several times, and then I took a deep breath: Lifting the skin on the back of her neck, I steadied the needle near the target – the needle still bothered me, but I followed through with success. I waited a few seconds before actually injecting the insulin; it was vital for me to see the needle fully submerged in her skin, which I’d pulled up with my other hand. With the needle appropriately inserted into Sophia’s skin, I depressed the plunger to release the insulin fully.

Finally, on day two, I managed to administer the FIRST insulin injection. TRIUMPH! I did a small celebratory jig (with fist pumps) in the kitchen. While Sophia ate, I called a family member. I was so proud of myself that I had to share the news. For me, this was an accomplishment, but little did I know how long, loopy, and stressful the road of caring for a diabetic Westie would be.

Those first few days, after your Westie is diagnosed with diabetes, try your hardest to administer insulin injections properly.

To familiarize myself with insulin injections, I used the end of a #2 pencil to ‘pretend’ administering Sophia with a shot. Not only did this help me and my lack of skill, but it also helped Sophia get used to someone lifting skin on her neck to administer the injection. It was vital for me to not only become acquainted with the motions but Sophia as well. How often do we lift the skin on the base of a Westie’s neck? Not twice a day.

That first week, I practiced the eraser method many times. If she were sleeping at work in her favorite chair, I’d wake her, talk softly, then work my way around to the back of her neck, lifted the skin, and poked it with either the eraser on a pencil or the pad of my finger. At first, she thought I was crazy, but within 4 days, it became a new habit.

Humans and canines live within a grid of habits and repetitions. We awake each morning at nearly the same time. We break for lunch at almost the same time — repetition fills out days, which forms habits.

Days one and two – familiarize your Westie with the motions and feelings of injections throughout the day. Obviously, without the needle, lift their skin and poke the area where you will later administer the insulin injection.

Don’t Be Hard on Yourself

It’s easy to blame yourself for your Westie’s diabetes. Did you feed them the wrong brand of kibble? Were they given too many treats over their lifetime? Was someone slipping them human bites behind your back – like maybe cotton candy and Skittles? Should you have taught your Westie to meditate and attended doggie yoga sessions?

A Westie with diabetes is not a death sentence, but it is a new way of life -for both of you. To put it bluntly, you will have to suck it up and adapt. I was so nervous the first week with insulin injections that I couldn’t see the light – it was all darkness. In the beginning, and later, when problems arise, it’s hard work. It’s our job to shepherd our Westie(s) through life, and diabetes is a divergent path many do not expect. I never thought I’d have a diabetic Westie. Caring for a diabetic Westie isn’t always easy, but they are worth everything you put into them.

Take time to feel sad and allow the new diagnosis to sink in. Take time to love your Westie even more than usual – if that’s even possible.

When questions arise, never feel ashamed to reach out to your vet and other dog owners. If insulin injections aren’t going well after day two, go back to your vet for more one-on-one help.

Research as much as possible about canine diabetes. Through learning, you mentally put together a long-term game plan. I educated myself by reading many websites and articles about diabetes and blood sugar. Researching and reading about the topic never ceased. I continued my journey of self-education on diabetes years after Sophia’s diagnosis. Absorbing as much information as possible the first month enabled me to understand diabetes better and to mentally plan what I needed to act on in the future. For instance, I knew I needed to consult with a holistic vet about adding Chinese herbs to my Westie’s supplements. (Chinese herbs were simply a supplement. I also later added Standard Process. However, there were simply additions to the insulin. A diabetic dog will always require insulin injections.)

Through my initial diabetes immersion via reading everything my web browser suggested, I also realized I’d later have to change her food. More on that later.

This forum also proved to be immeasurable help during the first six months: http://www.k9diabetes.com/forum/ On their site, I suggest getting acquainted with the layout of the forum and reading as many posts as possible before you introduce yourself.

The first week after a diabetes diagnosis is stressful and unnerving. The first few days, the biggest obstacle you need to tackle is the insulin injection. As stated above, revisit the vet if you aren’t familiar with handling a needle.

If your Westie shows signs of aggression and you can’t follow-through with the injection, you need to work with a trainer. The Westie world in general needs to drop the notion that these terriers are all kind and loving. I’ve cared for many Westies throughout my life, and I’ve witnessed a handful of attitude problems. Don’t be that person who sends their Westie to the shelter because of an attitude problem and diabetes.

Throughout the first few days, acquaint your Westie with the motions of lifting their skin and being poked. One of the reasons insulin injections are awkward for the Westie and human is that we rarely lift their skin and prod them with an object.

Don’t be surprised when certain family members and friends ask if plan to put down your Westie because he/she has diabetes. I was shocked the first time someone asked me. It’s sadly a new way of life, but it’s not an impossible one.

This is the first of many articles we plan to write on caring for a diabetic Westie.

Disclaimer: WI is not a veterinarian. It’s important to visit your vet frequently with any questions.